How do you know what’s wrong with your computer? Why does it break down? How does the pros know the problem with it and you don’t? Perhaps the pros have some magical tools that you don’t have?

The answer is Yes and No. Professional repairers have better tools than the average computer users, but it’s not always as you think.

Sure, most people are aware that the Apple genius bar tech guys have advanced diagnostic tools that Apple made to test Apple computers. What about other repairers?

As a professional computer technician for over 15 years, I can share with you some lessons here.

Below is 7 tools that we ourselves – computer technicians, use to test computers. Though, some are not really “tools”, but I’ll mention them anyway. And, the very best tool is 100% FREE. Yes, FREE!!! 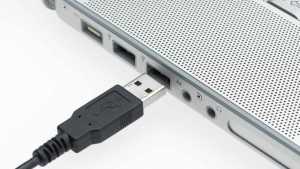 This one is a must! We use it everyday. Every technician must have it. Apple genius bar tech have it. Though, they used to have it on USB devices, they now run it over their internal network.

Our store doesn’t have the luxury of running it over our own network, so we still use USB devices, which is more than enough.

Having a fully functional OS (being Windows or macOS) on a USB device is extremely handy. It can help you:

The tricky part is to create this working OS on USB itself. It’s not always easy to make one. And, after you’ve made one, it’s not always stable and you’ll need to rebuild it occasionally.

Another issue is, after 1-3 years, software vendors have released new updates and the tool that you created originally has become outdated. You will need to go through the learning process again to make a new one. Generally, this is not worth the effort for a normal computer user who only needs it once in a while. 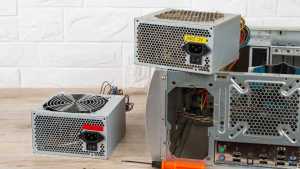 Having spare parts handy is critical for any computer shops. It can be a spare charger, spare RAM or video card. It’s often needed. You can make assumption that a problem would be a faulty RAM or faulty PSU. The best way to find out is to install a spare working RAM or working PSU. Access to spare parts is what often make computer repairers “better” than the average user

Having said that, many customers expect computer technicians to install spare parts to confirm if the original part is faulty. I get asked “Have you tried another motherboard?”, or “Have you tried another CPU?” a lot. When I heard this, it frustrates me. Apparently the person doesn’t understand computers (I don’t expect him /her to anyway). Does he know how long and how difficult it is to try another motherboard? It’s like asking a builder to build the whole house for you to see then you’ll decide if you want to buy it.

For the CPU, some are easy to replace, some are more difficult. But there are hundreds of different types of CPUs and they are expensive. Every year, there are new generation of CPUs. They are not interchangeable. It’s not practical to purchase each type of CPU, just for the sake of installing it to test a computer. And often you will need to have working motherboard, RAM, PSU, hard drive and a working OS, then, you can start running CPU stress test. That’s not the end, the CPU stress test is not even accurate. That’s a lot of costs and work to do just to test a CPU, not worth it.

In contrast, computer technicians avoid using spare parts if all possible. Why? Because it’s very time consuming. Installing a spare part often involves some disassembly of a computer, temporarily installing another part to check. You’ll have more chances of accidentally break something during that process.

Using spare parts is important for many repairs. But the rule is, we’ll try spare parts if it’s an easy one to try such as charger, sometimes RAM or PSU. For most, we’ll always avoid it if we can, even though many customers want us to try spare parts as a confirmation. We more than often have to say no to spare parts during testing process. 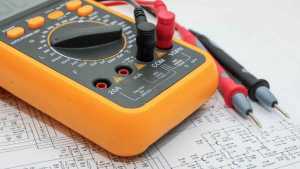 Absolutely! A multimeter is very useful. Yet, it surprises me that many don’t think that computer technicians would use a multimeter.

No! If I can use a $30 multimeter, and it’d save me the cost of carrying stock for spare parts, save me the time of installing a spare part to diagnose a problem, I’d definitely use a multimeter.

A multimeter will show if a charger is outputting 19V as it should, or if the motherboard is receiving power. Its reading is black and white most the the times. There are hundreds of types of chargers, PSU that costs $$$ to buy, taking up spaces to stock. While one single multimeter can test most of it. It’s easy to use, it’s cheap, it’s light. Why would a technician not prefer using it.

And you don’t need to disassemble a laptop (or just minimal disassembly) to use a multimeter for testing, if you know how-to. 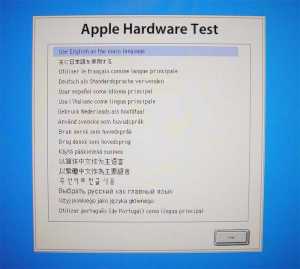 This one is a no-brainer. Everyone should use this. Many computers have built-in diagnostic tools, namely Lenovo, HP, Dell, Apple.

Some makes don’t have this: Acer, ASUS, Toshiba, some Lenovo models. It’s annoying actually that these manufacturers choose not to build this.

Though, the built-in diagnostic tools are not always accurate, it’s good as a complementary tool to help you narrow down the problem, or to confirm what you’ve suspected to be faulty.

To use this tool, your computer needs to at least power on. You can access these tools by using keyboard shortcut: 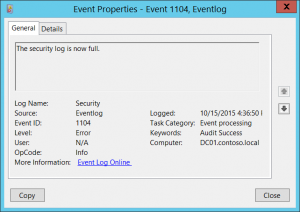 100% you should check Event Log or Error code. It is one of the best way to find out more about a problem. It’s like Sherlock Holmes trying to track down the criminal. When a crime is committed, there are often more than one evidences. Similarly, by the time your computer crashed, a number of error log events or error codes had been previously logged by the system.

If you find a number of errors or event logs that tell you that a part, say the hard drive, is corrupted, and the hard drive is now showing symptoms that it’s failing. Putting these puzzle pieces together, it’s a clear confirmation that the hard drive is indeed failing and must be replaced.

The tricky part is knowing how to read the event log, and error codes. The computer often doesn’t just log errors that you need to know, it logs hundreds, if not thousands of errors, many of which are not actually problems (eg removing a USB device from your computer may generate an error log event).

Error codes such as Blue Screen of Death error codes are very handy to track down the issue. The problem is that the Internet is full of nonsense articles about “How to fix…” these blue screen errors. Most of these articles are written to sell you something else rather than fixing your computer. They are not written to benefit the computer user who experiences the problem. 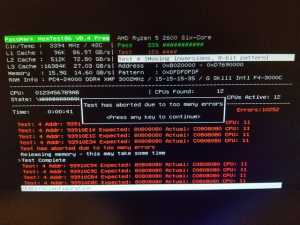 MemTest RAM test, GPU (graphisc processing unit, or video card) or CPU (or processor) stress tests, HDD (or hard disk drive) test are not always accurate, but good to have. If your computer RAM fails the test, it is definitely faulty and must be replaced.

The problem is that these testing tools are not always accurate. Probably MemTest is the one that I (kind of) use the most (still, I wouldn’t count on it). Many faulty video cards will pass the test. However, you can run the tests multiple times, if it crashes just once, then it’s confirmed that the part is faulty.

Another downside is that, the test is time consuming. You will need to have it readily available, pre-made on a USB device to start the tests. Each test will take 15, 30 minutes to 1+ hours, You will need to repeat the tests multiple times until it comes up with an error. And, it may never come up with errors at all leaving you unsure if the part is actually faulty.

Thus, like using spare parts, I would avoid this if I can.

The most frustrating thing is that, these tests are the customer’s favourite. “Have you tested it?”, “How do you know it’s faulty?”. Customers want to see these credible-looking testing tools. When they see some random moving numbers on the screen that they have no idea what it is, they think “it must be good!”, simply because it looks like it’s come out from some sort of alien-DNA-testing-lab.

If I show them these tests, it amazes the hell out of the customers, they absolutely love & trust it.

No! these tests are highly inaccurate, and it takes a hell lot of time.

7. By far the best tool, and it’s FREE: Experience 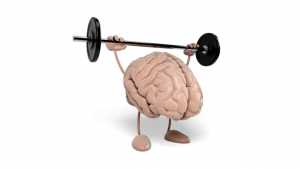 Of course it is. Sorry to disappoint you. You were hoping for some magical, easy-to-use, bombshell secret. No, it’s just plain and simple: Experience.

It’s Free, it’s instant, it sets the pros and the novice apart. It’s years of learning, doing, mastering the skills.

In every profession, a policeman, a doctor, a builder, a lawyer, a barista, a soldier, a businessman, whatever it is, experience plays an important role.

Yet, it strikes me how many customers don’t think experience helps us computer technicians to identify what a problem may be with their computers.

Think about a time that you were sick, you went to see your doctor. He didn’t just immediately cut you open, asked you to do blood test, Xray, to tell you that you have some sickness, did he? No, he asked you what symptoms that you’ve had, how long you’ve had it, how often it happened, etc. Through observation, your doctor could have a really good idea of what it could be. Often he just needs a quick check, then he tells you to get some prescription.

Why would it be any different to a computer repairer? Through observation, an experienced technician could tell a lot about what the issue might be with your computer: the design of the computer, the model, the “symptoms”, the age of the computer, error codes, what he’s seen about that computer model, pretty much a sum up of all of the above 6 tools in one person’s brain.

With today technology, users are expecting some magical tool that you can plug it in, and it will tell you everything wrong in the computer. Reality is, such tool doesn’t exist, a lot of it relies on human experience. I’m not saying experience is always correct, I’ve fixed thousands of computers, and I make the wrong diagnostic every now and then. It’s not always straight forward simple. But the same goes with any other profession.

Yet, telling a customer that his/her computer has a failing hard drive based on my experience and observation, often sounds like an unconvincing thing that needs lots of explanation, education, assurance. But if I show the hard drive test, or the built-in diagnostic tools, which are highly inaccurate and time consuming, then it immediately makes the customer believe what I’ve told him/her.

Technology has driven consumers to believe that pressing some keys on their computer will return certain results on their computer screen, telling them what they want to see/believe. It’s not always the case. Expertise, experience should be by far the best “tool” to test a computer, but this should be kept for the computer repairer to know only. The consumers need to see what they want to see, which is the testing tools that show some random jargon numbers, and since they don’t understand it, then it must be correct.