Mac not turning on: How to troubleshoot a dead desktop Mac

There are many reasons why your Mac isn’t turning on. Apple Mac computers are powerful and advanced machines, but they will fall to hardware issues. In this guide we’ll be looking at how to fix a desktop Mac that isn’t turning on, this includes the iMac, Mac Mini, or Mac Pro. Running a few checks on your system can help you find out what’s causing the problem and get the right solution.

Why isn’t my Mac turning on?

When your Mac doesn’t turn on at all, you most likely have a hardware issue. For the computer to boot up properly, essential parts work together to deliver a smooth computing experience. Once one part starts acting up or dies completely, the entire process may be disrupted. The computer won’t be able to turn on at all, or may take a long time to power up.

These essential parts include the hard drive, logic board, video card, RAM, and power supply unit. Without even a single part, the computer may start having trouble turning on, or even stop working properly.

But is it really not turning on? Sometimes you simply can’t get your Mac to boot to MacOS, and assume that it’s not turning on. This means that it could also be a software issue. You might be able to get your Mac to turn on but it seems to be taking forever or gets stuck on a blank screen. If this is the case, you can try doing some software resets first. This would be either an SMC reset or PRAM reset. This can help fix software issues and reset certain boot up settings.

Our technical understanding of a “desktop Mac not turning on” is when the Mac appears to be completely dead and doesn’t respond to anything. It could be a sign of a serious hardware failure. This is only one of the few MacOS start up issues that you can run into. We’re talking about start up issues like the question mark folder or infinite loading bar. These would bring you to other diagnostic and repair solutions, so it’s important to know how to tell them apart.

Once you’ve identified the problem, you can start with a few tests to find out what’s causing the problem. This involves testing the parts essential for starting up your Mac: the hard drive, logic board, video card, RAM, and PSU.

It seems like a lot of work, but when a Mac appears to be completely dead and doesn’t show any signs to which part is failing, it’s the only way to thoroughly diagnose the problem this way. As we’ve learnt from above, a single component failure can cause a total computer shutdown. So to bring your Mac back to life, we have to do a little digging to find the right repair solution.

Again, considering the scope of the Mac’s failure, there aren’t a lot of ways to test the system for errors. When you can’t power up your Mac, you’ll have to take out the specific parts to test on a different desktop Mac.

Of course, it would be easier to just use Apple Diagnostics or run diagnostic software on the Mac itself. If you can get your Mac to even fire up to a black screen, you can enter Apple Diagnostics by holding down the “D” key. This is a simple built-in diagnostic tool to help you find errors in components like the hard drive, RAM, or video card.

When we’re left with less options, all we can do is testing out the part on a different Mac, preferably a desktop as well. Let’s look at how to test different parts to diagnose the problem. If you’re keen on DIY, you might be able to fix them yourself. 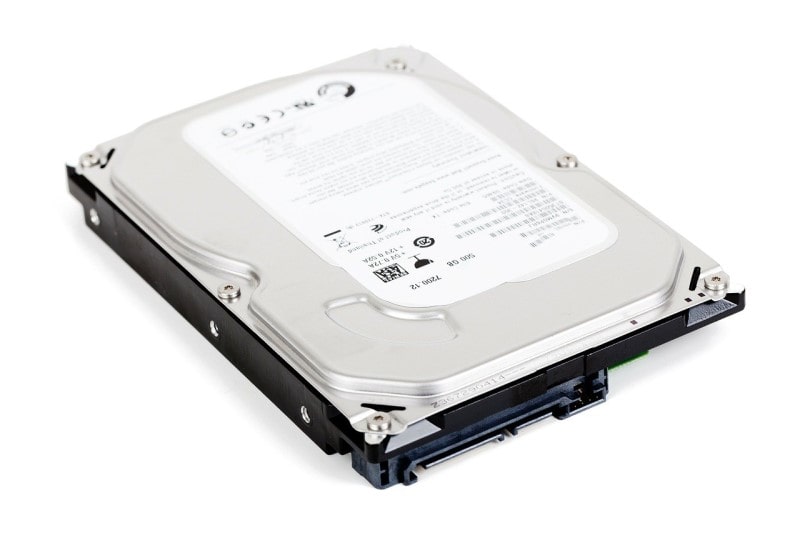 A hard drive failure is a very common cause of various start up issues. As the boot drive, it contains boot files and the MacOS that is used to boot up your Mac and runs the whole show. So when a hard drive malfunctions, the necessary files cannot be accessed and could halt the entire boot up process.

It can be a surprise to some to learn that hard drive failure can happen to most computer users. Hard drives have a limited lifespan and are prone to damage from bad sectors. This can happen to all sorts of hard drives, including traditional hard disk drives, flash storage, or fusion drives.

Bad sectors caused by physical damage or software errors can cause permanent damage on small parts of the drive. This is an unavoidable thing that will happen to all storage drives, every new drive ships with a tiny amount of bad sectors. As you use the drive it will eventually accumulate more and more bad sectors. The drive will work as long as they are limited to a small area of the drive.

When they do spread out and get to an intolerable amount, the drive will start to show signs of failure. You may notice that your computer is running slower than usual, or find that some files have been corrupted or completely lost. That is when you should look into replacing the drive.

The only reliable and true fix for a hard drive failure is by replacing the drive itself. While some disk repair utilities can repair certain soft bad sectors, this solution may only buy you a little more time before the drive does ultimately fail. But first, we have to do a little testing to confirm the issue.

To test a hard drive for issues, take out the drive from the Mac and connect it to a different desktop Mac via a SATA to USB enclosure box. Then, test the drive with hard drive analysis software like WD Data Lifeguard. The drive is powered by the enclosure box instead of the computer, so it ensures isolation to thoroughly test the hard drive. Now for all-in-one desktop Macs like the iMac, it would take a little more disassembly to get to the hard drive, compared to Mac Pro or Mac Mini. You’ll need to start from the screen to get to the hard drive.

When your hard drive does in fact need replacing, you can replace it with an exact same drive, or upgrade to a better hard drive or flash storage. Just make sure that the drive is compatible with your Mac. Learn more about Apple hard drive repairs here.

Logic board, GPU, and RAM failures 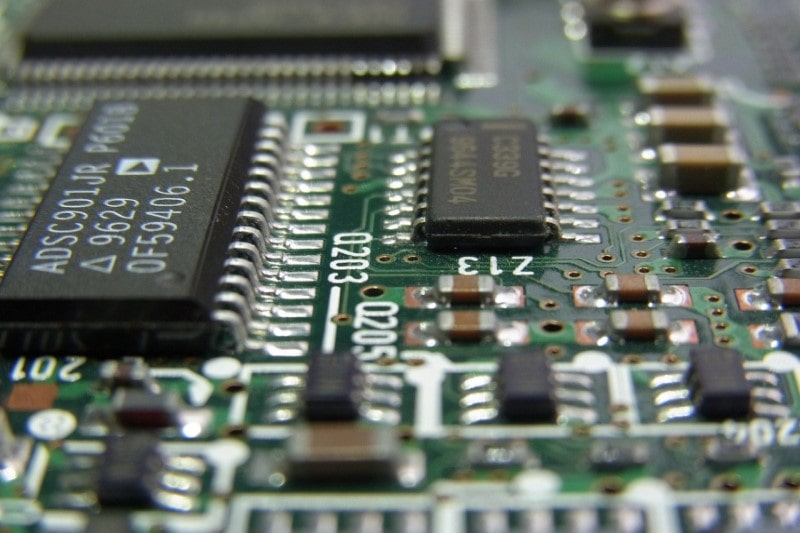 The GPU and RAM are also essential for the MacOS start up process. The video card generates the visual feed that puts images on the screen. Start up settings and boot information are also stored on the RAM for easy access to fire up the Mac. Without either, it could cause the Mac to be unresponsive when you turn it on.

How to repair a faulty logic board

The logic board is an intricate and complicated piece of computer hardware to navigate around. On top of this, there is no direct way to test and diagnose a logic board failure. This makes a logic board repair one of the most difficult computer repair jobs to perform.

To test a logic board for errors, we’ll have to diagnose it by eliminating other hardware errors to reach a conclusive result. This involves testing the hard drive, GPU, and RAM. Like a hard drive, we can test the video card and RAM by taking it out.

For the video card, plug it in a different desktop Mac and test it with GPU analysis software (we use Furmark). Then for the RAM, swap it out with a spare stick of RAM to see whether the issue persists. If both work fine, then you can conclude that you have a logic board issue.

To repair a logic board, the whole board will have to be replaced. The board is usually under everything else, so it will need some careful navigation to take everything out to reach it. This is why logic board repairs require quite experienced hands to make sure you don’t break other parts while you’re fixing the logic board. Learn more about repairing an Apple logic board here.

Sometimes a faulty power supply unit can be keeping your Mac from powering up. The PSU is the only power source to power up your Mac, so when it fails, the Mac may become unresponsive. This kind of failure can appear similarly as a logic board failure, but the problem is quite different.

Unlike laptops that can use a battery and don’t need to be plugged in to turn on, a desktop Mac solely depends on the PSU for power. The PSU converts power to a steady current that powers up components.

Like most computer hardware, the PSU can fail due to natural wear and tear, overheating, and accumulated dust. Power surges can also overload the unit and kill it. In some rare cases, bugs (yes, actual insects) get inside the unit and block the fans or damage the parts.

How to repair a faulty PSU

A sign of a faulty PSU might be the fans not firing up when you press the power button. Detecting a PSU does take some special tools. You can try using a multimeter or power supply tester to check on the PSU’s performance. Then replace the PSU entirely if you do find that it is malfunctioning. 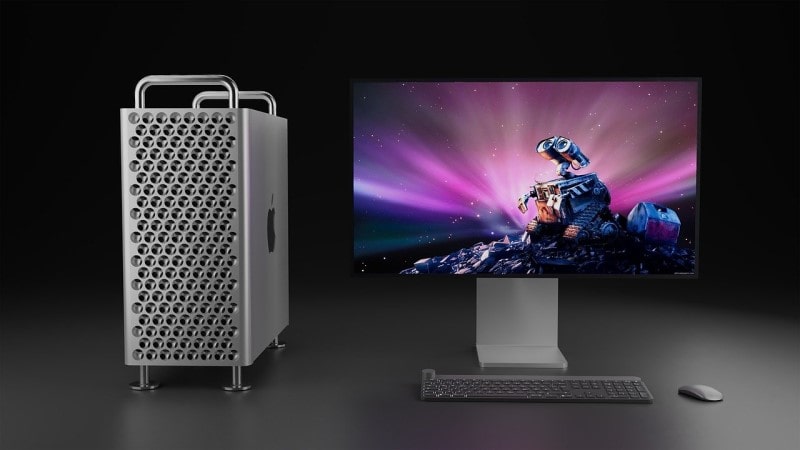 That’s where we can help you! At Safemode Computer Service, we can help you diagnose your dead desktop Mac. Save yourself the hassle of taking apart your Mac by bringing your desktop Mac to our store. We are conveniently located in the heart of Inner West Sydney. Our experienced technicians can help you find the right repair solution to bring your Mac back to life. Give us a call to make an appointment at our Enmore store today.