How to fix an Apple Macbook that won’t turn on

You might think it is the end of the world when your Apple Macbook doesn’t seem to turn on and appears to be completely dead. Turning to the internet for help might be what you’re doing at this time of need. Don’t worry, it’s not the end of the world. We have the definitive guide to why your Macbook isn’t turning on, and how to fix it yourself.

What to do when your Macbook isn’t turning on

When your Macbook doesn’t respond at all when you press the power button even while it is plugged in, this is what we refer to as “not turning on”. The computer would then appear “dead”, and not powering on at all. While it does sound pretty obvious, this issue can sometimes be mixed up with other MacOS startup issues. To some, “not turning on” can mean simply not being able to successfully boot to MacOS. If this is the case, it is actually a different problem that can be solved differently.

Check out our guides to Apple MacOS startup issues to learn more! We show you how to fix the question mark folder error, infinite loading bar error, and how to replace a failing Apple hard drive.

How to find out why your Macbook won’t turn on

A computer that won’t turn on can get pretty frustrating to deal with, because there really isn’t much you can do with it. But, we still have to find a way to find out what’s wrong with it. We can narrow it down to errors that involve either the hard drive, logic board, video card, RAM, keyboard, or the screen.

To be fair, it isn’t that narrowed down, but it’s a start. When a Macbook doesn’t show any sign of life, it can be from various hardware failures that are essential in the startup process. Once a component of the startup process doesn’t work, the whole thing can pretty much fall apart. So by testing each of these components, we’ll be able to find out the right repair solution to bring the Mac back to life.

Now with a dead Macbook, you can’t really do thorough testing on it when it doesn’t turn on. If you can get it to boot, or even get to the Apple logo splash screen, you can use Apple Diagnostics (D key at startup) to test your laptop. There you might be able to detect issues on hardware across your Mac that’s causing your problem. Otherwise, the testing process for a dead laptop would usually involve taking out the part and testing it out on a different device, preferably a Mac desktop.

Let’s take a look at the different component failures that could be the cause of a dead Macbook laptop. You can also fix the problem yourself, after detecting the issue. As a very common cause of Mac startup issues, the hard drive should be one of the first things to test for issues. Hard drive errors can happen to almost every computer user, as they tend to have a limited life span and will fail eventually. This can happen to drives like traditional hard disk drives and flash storage, the two types of storage drives that can be found on Macbook laptops.

Hard drives will inevitably accumulate bad sectors that can physically damage the drive. This sort of physical damage can corrupt files and files might also be permanently lost. When the drive gets to a point where bad sectors are spread out across the drive, it will fail. This affects the normal startup process of your Macbook.

Corrupted boot files or an inaccessible operating system could then be what’s stopping your Mac from turning on. To fix this, we’ll have to test and repair the hard drive in question.

How to fix a faulty hard drive

To fix any computer hardware issue, we need to first test and confirm the issue. Otherwise, a misdiagnosed problem could cost you money and unnecessary labour.

Test your hard drive by taking it out from your Macbook and test it on a different desktop Mac. You may use free hard drive analysis software like WD Data Lifeguard to do so. To ensure that the hard drive can be thoroughly checked, use a SATA to USB enclosure box to connect it to the desktop computer.

If you do find that the drive is faulty and needs to be replaced, great! Hard drive replacements are one of the easiest repair jobs to do. You can even do it yourself at home with some simple tools. Upgrading to a better drive or flash storage might be also something to consider, if you’re looking for a performance boost. Just make sure that your hard drive replacement is compatible with your Macbook. Read more about Apple hard drive replacements here. 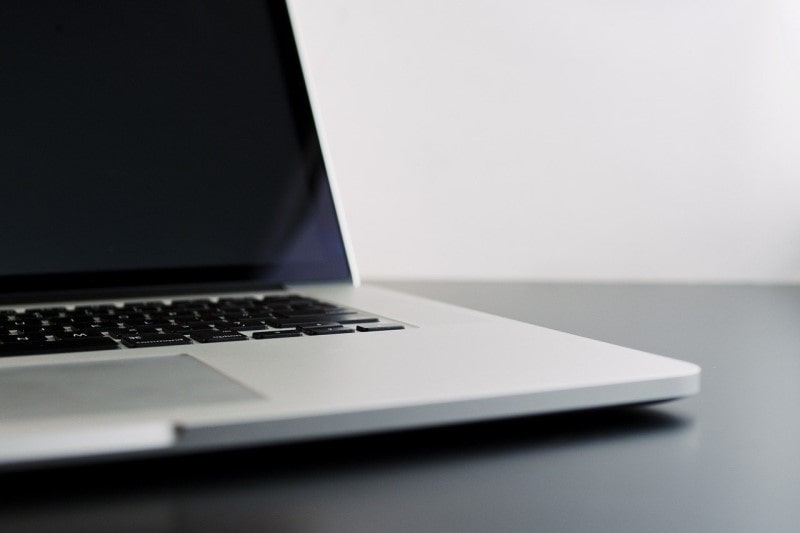 Laptop screen failure can sometimes make the device look like it is dead. When the laptop screen has completely failed, it might not show any image and remains blank. So it’s understandable to think that your Macbook isn’t turning on when the screen is blank and unresponsive.

Sometimes the screen can also appear to be incredibly dim and almost completely dark. For older models of Macbooks that use an LCD screen, this could be a sign of a faulty inverter. This is what lights up the screen, and will need to be replaced if damaged.

When this happens to newer models that have transitioned to LED screens, it would be a sign of a faulty logic board. The logic board is used instead of an inverter to light up the screen in newer Macbook models.

To find out whether your screen is broken, hook up your Macbook to an external monitor. You should be fine if the monitor shows a display image of your Macbook. Then, all you need is a screen replacement. If this isn’t working, you might have to look into more testing. 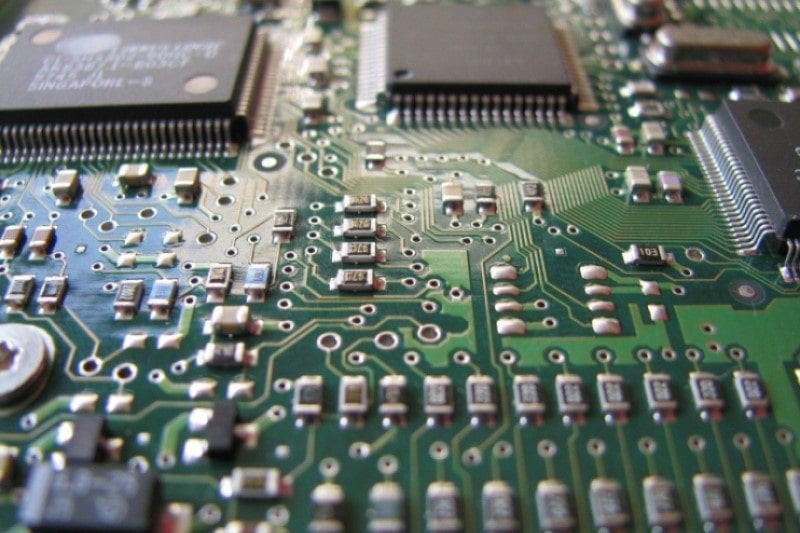 The video card (GPU) and RAM components of a Macbook laptop are usually embedded on the logic board, and all three parts are essential for the Mac to boot up properly. When either part is malfunctioning, the Mac may not pass POST (Power-On Self Test), or not be able to turn on.

GPU and RAM failures also could disrupt the startup processes, as they both play a part in the process. The video card generates an accurate display feed that shows images once the Mac is turned on. Your Mac’s RAM stores data like system settings and startup information.  These settings and information can be quickly accessed while the Mac is booting up.

As we’ve mentioned above, accurate testing and diagnosis is generally required to treat any computer issue. But because there is no direct way to diagnose a faulty logic board, and when both the GPU and RAM can’t be removed from the board for testing, this part is a little bit more tricky. We’ll have to deduce a logic board failure by eliminating other possible hardware faults. So after testing the hard drive and Macbook screen, we can get a more or less clear idea of what’s wrong with the laptop.

This is why logic board repairs are known to be quite difficult to test and repair. The whole board may need to be taken out entirely for a replacement. This kind of repair requires very careful and experienced hands to do so. It is an unpredictable part as well, as logic board repairs don’t have a high success rate. We cover more about logic board failures and repair in our guide here. While this is less likely to be why your Mac isn’t turning on, there is a chance that a malfunctioning power button is not letting your Mac power on. Pretty funny, right?

For Macbook models with power buttons integrated onto the keyboard, unresponsive or jammed keys may come in your way when you try to turn your Mac on. While this will not happen with Macbook models that have a separate power button (e.g. Macbook Pro Retina 2016 with touch bar), a faulty power button could also do the same. However, chances of a power button failure happening are pretty slim. This is because newer models turn on automatically when you open the lid. 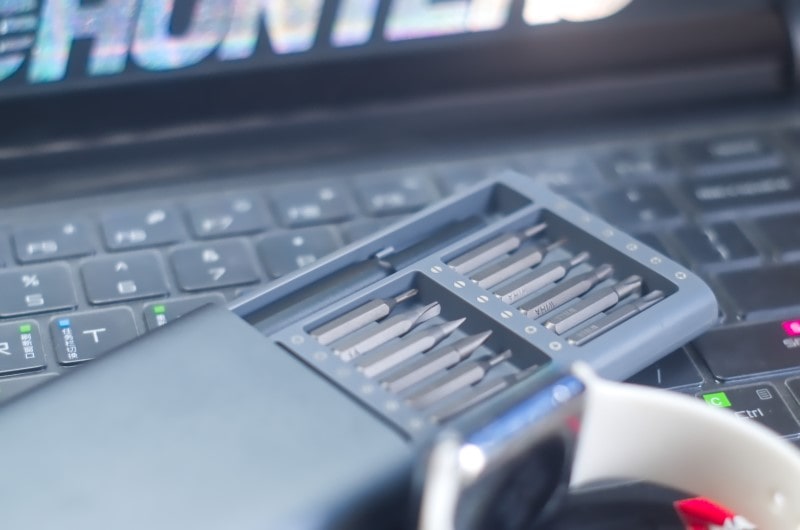 After learning about all these hardware issues, you should be more prepared to face them when they do happen. This is also why backing up your data is a very important computing habit to keep. You never know when tragedy can strike, and a complete computer failure could cost you documents, photos, and projects.

Regularly backing up your data to  an external hard drive or an online cloud service could be a lifesaver when it comes down to it. You won’t have to worry about your data when you decide to take your Mac to a repair service as well.

When you can’t get help from the Apple store, or if you’re not bothered to go all the way there, consider coming to us! We at Safemode Computer Service are also happy to help with any computer issue. A Mac that won’t turn on is understandably quite a lot to handle. Not to worry, we can take that trouble right off your hands. We are comfortably situated in the Inner West, a quick stop from surrounding suburbs of Newtown and Marrickville. Our expert technicians can help you diagnose your Mac and offer our highly rated service. Call us to make an appointment or come by our Enmore store today.