One of the biggest challenges we have ever done! An Apple MacBook Pro 13 inch A1278 year 2011 laptop was booked in for repairs. The laptop was soaked with water (lots of water, inside a bag) and was no longer booting up. 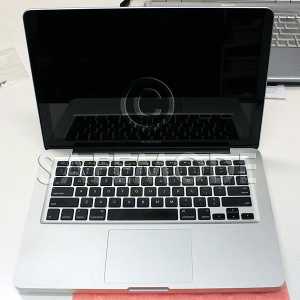 We first have a look inside this laptop. 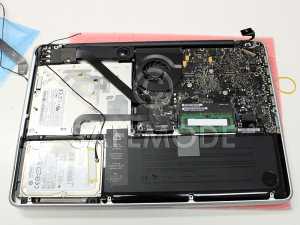 Now let’s remove the logic board from the computer. Make sure to disconnect other parts first. 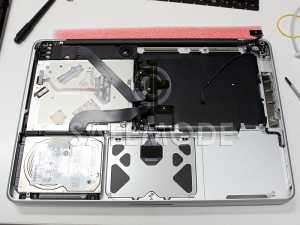 Now we can have a look at the logic board. 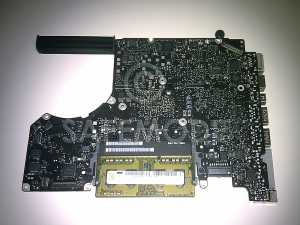 Testing has confirmed that this logic board is damaged and will need to be replaced. We can now take out a replacement logic board and replace it.

Here we encounter an unexpected problem. This logic board, for some reason, is different from common MacBook Pro A1278 logic boards, it’s nowhere to be found in the market.

Unable to use the common A1278 logic board, we talked to our suppliers to source for an alternative Apple logic board with the same specs.

Now we have the replacement board, installing it brought up another issue. The board’s heatsink was not compatible and had to be replaced too.

Now we have replaced both logic board and heatsink for this MacBook Pro laptop, next is to replace the screen.

Replacing screen for Apple MacBook Pro unibody laptops is never an easy job. The screen is behind a glass cover, replacing the screen means we need to remove the glass cover first. The glass cover is fragile and may break when you attempt to take it out.

Heat up the glass cover with a heat gun and remove it with a suction cup. 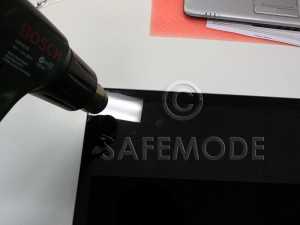 Carefully remove the glass cover and make sure not to damage or burn anything underneath. 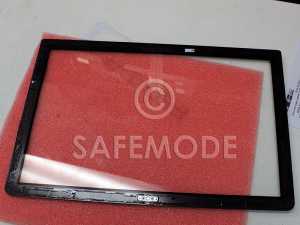 Have a replacement glass cover in case you broke the original one. Always wear gloves and safety glasses to avoid injuries. 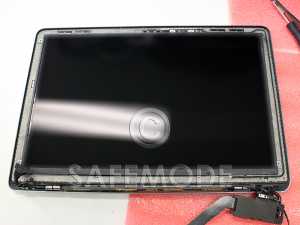 Let’s replace it with a new screen. 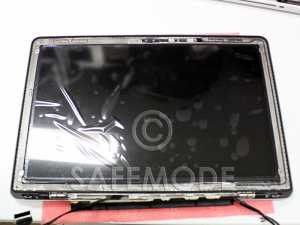 With new screen, new logic board, new heatsink installed, the rest of this job is simpler. Reassemble the laptop and test it out. 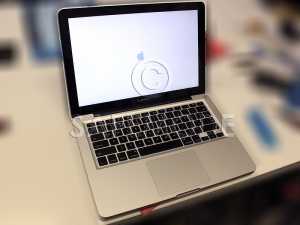 The laptop turns on fine and booted into Mac OS X normally. Try out other functions such as wireless, keyboard, touchpad to make sure it’s working properly. 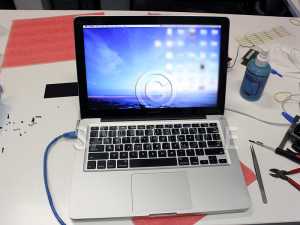 All are working perfectly as they should be. Mission accomplished.

Does your Apple Mac have the same problem? Check our Apple Mac Repair services and Contact us now for a Free Quote. Pickup and Delivery is available for your convenience.