Do I actually need antivirus software for my computer?

Computer viruses are somewhat of an enigma. We know that they can deal a significant amount of damage, but we might also have a strange fear that we have one.

How should I protect myself from computer viruses? Can anyone just get a virus from out of nowhere? Will antivirus software help me? These are just a few questions that computer users have about viruses. Let’s look at what antivirus software can do for the security of your laptop or desktop computer.

What do computer viruses do and where do they come from?

Before we get into protecting ourselves from computer viruses with antivirus software, we should probably know the basics. Let’s talk about what kind of damage they can do, and how they get in.

Computer viruses are programs written by hackers that can run on any computer that they manage to infect. Hackers design the whole code and how the virus attacks, depending on what they want to achieve. Most of the time it involves stealing personal information, or demanding a ransom for data that a hacker has control over. Other less malicious virus attacks may just involve sending a harmless message to the computer user (for bragging rights, maybe?). Either way, computer viruses can take control over your computer, look around inside, and even do quite a bit of damage.

So how does one get a computer virus? From the place where you can get almost everything, the internet. Computer viruses used to come from a separate device, like a USB drive or CD-ROM, where it would only infect the computer when you plug it in and run it. Now you can get a virus from clicking the wrong link on a site, or opening an unknown attachment from a dodgy email. Hackers often impersonate trusted organisations like banks and send emails to bait their potential victims. Once you click on these links or attachments, the virus’ code runs immediately. The effect is irreversible once it begins. That is why you should always practise safe browsing habits.

How to protect yourself from computer virus attacks

Being wary of anything sketchy is a great general rule while you’re on the web. Actually, in life too. The internet is full of traps and scams that can get you if you’re not careful enough. So if you see anything that’s trying to bait you into clicking it, look closely before you do, or maybe just avoid it. This could be ads like “You’ve won a prize!”, or suspicious and unfamiliar emails that claim to be from your bank.

Installing and running antivirus software can be very helpful to monitor and scan your computer for potential threats. You can choose from free ones, or even paid ones like Norton or Kaspersky. These apps regularly run scans to detect threats that you may not be aware of. Because of this, most computer users consider antivirus software a must-have.

Well, yes but not all the time. Antivirus software doesn’t always provide 100% protection, you could still get a computer virus with it. Computer viruses are smart, they can find security cracks and leave them open for more infections to come in. They also come in packs as well.

Should I still use it?

Of course you should! Having antivirus software is obviously better than none. The regular scans and performance checks can be a useful helper to you. The threat databases on these antivirus apps are always updating, which could take the worry off your mind. Antivirus software also comes with other features such as internet security and password tools, so that could also keep you safe from online dangers.

If you’re still on the fence on the effectiveness of antivirus apps, you could stick to Windows Defender, so just install a free antivirus app. These apps are free, and usually offer upgrade options for more features and better security.

What should I do if a virus gets in my computer? 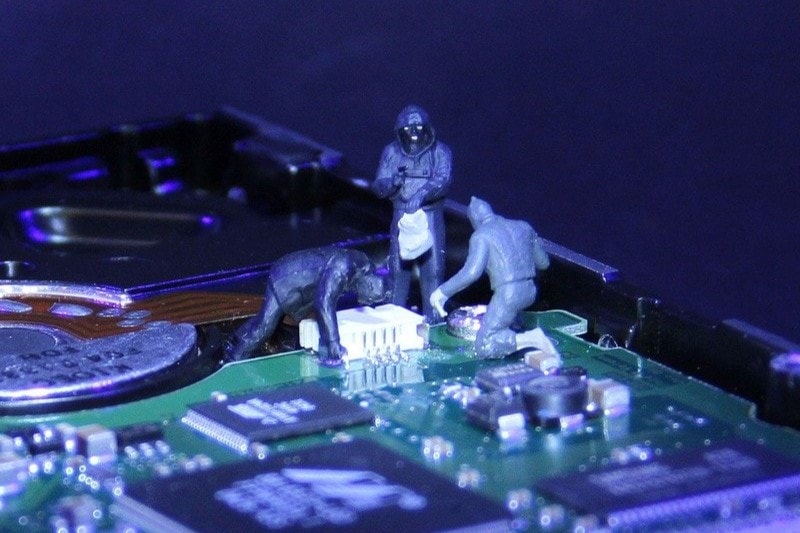 In some situations, the antivirus app might not be able to catch a threat or stop it from attacking. If you notice certain signs of a computer virus infection, then you’re going to take things into your own hands and get rid of the virus yourself.

A quick and dirty way to remove a computer virus involves completely wiping your computer’s hard drive. A virus works like a software program that is installed on the OS, so wiping out the hard drive can get rid of everything altogether. It’s quite difficult to attempt virus removal on just the virus itself though, you’d need a computer technician for that. So your best bet is to wipe the hard drive, and then reinstall its OS. Don’t forget to back up your data!