6 easy tools and tricks to test and diagnose your laptop

Is your laptop acting up but you have no idea what’s wrong? All you need are some simple tools and a little time to figure out what might be the problem. Computer hardware issues can look like a range of things and can be quite tricky to detect immediately. Here are 6 simple tools and tricks to diagnose what might be causing your computer issues.

Before we get into the more in-depth software tests, we should first cover the basic tools that are already on your computer. These built-in tests are where you should start out, when you want to figure out what’s wrong with your computer. Sometimes you have a general idea of what the issue is, but running built-in diagnostics tests can still be quite helpful.

On every laptop or desktop computer, there is an option to run diagnostics before it boots up to its operating system. This is known as pre-boot diagnostics, boot diagnostics, or Apple Diagnostics for Mac users. It is a base-level test for its hardware, to find out possible faults and failures. You can test your laptop’s hardware like the hard drive, RAM, or battery.

To enter boot diagnostics, you’ll need the specific key required, depending on your laptop’s brand. This would be “Esc” for HP, “F12” for Dell, “Enter” for Lenovo, Acer, Asus, or IBM, and “D” for Apple Macs. Restart your computer and press the corresponding key when it starts up. It should run on its own and report any possible issues that it can find.

Boot diagnostics can come in handy as a diagnostic solution when your laptop turns on but doesn’t boot. When you can’t get your computer to boot to Windows or MacOS to run software tests, starting boot diagnostics can be a helpful way to find out what’s going on.

Other than boot diagnostics, you can also try using your computer’s branded support software. These software come preloaded on your Windows device, and can be used for troubleshooting and contacting online support. Apps like Dell’s Support Assist and HP’s Support Assistant are examples of this.

Now that we’ve covered the basic tools, let’s move on to some dedicated software tools for testing specific parts of your laptop. Some of these methods may require some disassembly, but it’s nothing too difficult for any computer user. 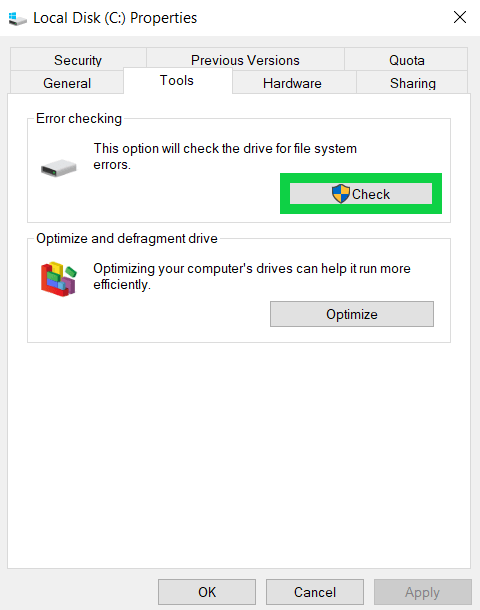 “Chkdsk” is a built-in tool in all Windows computers used to test and attempt repairs on hard drives. It is a pretty useful tool for hard drive testing, where it can mark off or possibly repair bad sectors. Type in “chkdsk” as a command, or go to the “Properties” window of your hard drive and run it from the “Tools” panel.

Similar to chkdsk, running First Aid from Disk Utilities can also attempt repairs or isolate bad sectors that are harming the drive’s health. If a hard drive failure is detected, it can also offer support solutions to repair the hard drive.

For a more thorough test that can get you better results, you may also take out your drive and test it separately. This would usually be done on a desktop computer. You’ll need a SATA to USB enclosure box for this as well. The enclosure box powers the hard drive separately from the desktop computer, so this keeps it isolated for in-depth testing.

These extensive tests on your hard drive will most probably take longer than boot diagnostics or chkdsk. But it can offer some conclusive results about your hard drives and what you should do next. Learn more about testing and repairing a faulty hard drive for Dell, HP, or Apple computer users.

A lot of modern laptops these days come with solid-state drives instead of hard disk drives as the main storage drive. This is because of the technological advances that make SSDs a much better option over traditional spinning hard drives.

While SSDs are much more durable than HDDs, they will still eventually start to fail after a period of prolonged use. And just like HHDs, SSD manufacturers do make free companion software tools for analysing and testing the drive for faults. This would be apps like Samsung Magician and Intel SSD Toolbox. A RAM analysis software that most techs recommend would be Memtest86. You can install it right away and test your RAM with it on your laptop. Or you can do it on a desktop computer.

Another easy way to test your RAM is by swapping out the RAM chip with a spare one and see if the problem persists. This works great in fixing situations like startup issues where you can’t boot up or turn on your laptop.

However, most laptops have their RAM chips embedded on the motherboard these days, and that makes it impossible to swap out the RAM. Detachable RAM chips are more common on older laptop models and desktop computers. 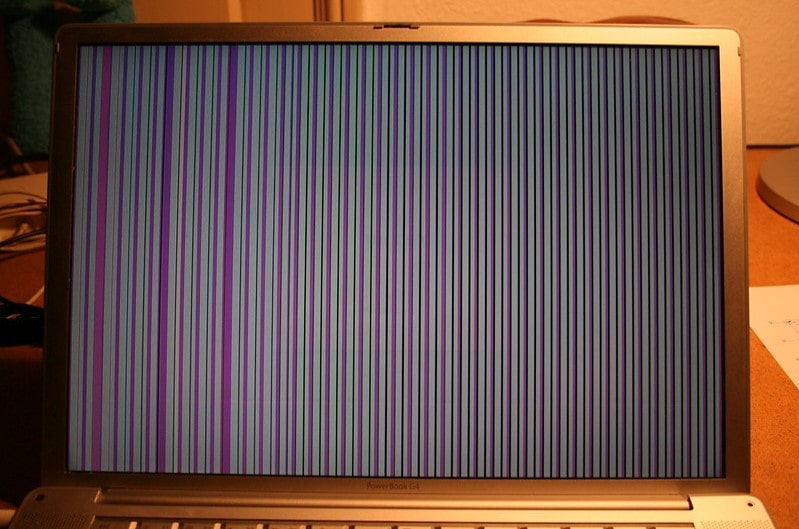 Lines or image distortion on your screen would generally lead you to think you have a screen failure right? Sometimes it’s not that easy to tell just by looking at it and accessing the problem visually on the screen.

It’s not always easy to diagnose screen or video card issues, so here’s a straightforward trick to find out: Connect your laptop to an external monitor or your TV via an HDMI cable. If the image looks normal on the second display, you have a faulty laptop screen. If the image remains distorted or does not appear on the display at all, you have a video card issue. You’re looking at replacements for either part failures. We explain more about screen image distortions and screen replacements in our guide “What to do with a busted laptop screen“.

Another way to test the status and perform stress tests on the performance of your GPU is by using dedicated analysis software. Using Geeks3D’s Furmark is an effortless way to do so. Not only can you test for GPU failure, there’s also stats on the video card’s performance. This is a handy tool for gamers keen to keep up their computer’s performance to run graphics-heavy programs.

These free software tools should help you get a better idea about your laptop’s problems and what needs to be fixed. For more help, check out our blog! We cover issues like computer boot up issues, or what to do after you’ve spilt over your laptop.

If you find yourself lacking the skills you need to diagnose and fix your laptop by yourself, why not bring it to us? At Safemode Computer Service, we offer a free initial diagnosis and quote to repair any computer issue that we can help with. Along with computer repairs, we can also advise and install upgrades to refresh and bring your computer up to today’s speeds.

Our expert and friendly services are highly-rated in Sydney, especially in the surrounding Inner West suburbs where we are located. Book an appointment with our experienced technicians at our Enmore store today.