SSD vs. HDD: Which hard drive should I pick?

Storage drives. These days it’s not just traditional hard disk drives anymore. You may have heard of the newer, advanced form called a solid-state drive. More and more new laptop or desktop computer models contain solid-state drives, as this advancement does come with more benefits. These benefits make replacing an HDD with an SSD quite a popular upgrade option. People with older computer models choose to upgrade to an SSD as a quick way to boost performance.

You might be replacing your drive because of a hard drive failure, or you’re looking for something to upgrade and refresh your computer’s system. Hard drive failure can happen to many computer users and the only way to fix it is by replacing the hard drive entirely. You may take this opportunity to consider what you need in terms of performance and durability. Learn how to diagnose and repair hard drive failures for Dell, HP, and Apple computers in our guides now.

In this guide, we will be looking at the differences between HDDs and SSDs. You’ll be able to decide what’s the right drive for you, depending on your computer usage and what you want out of a drive. 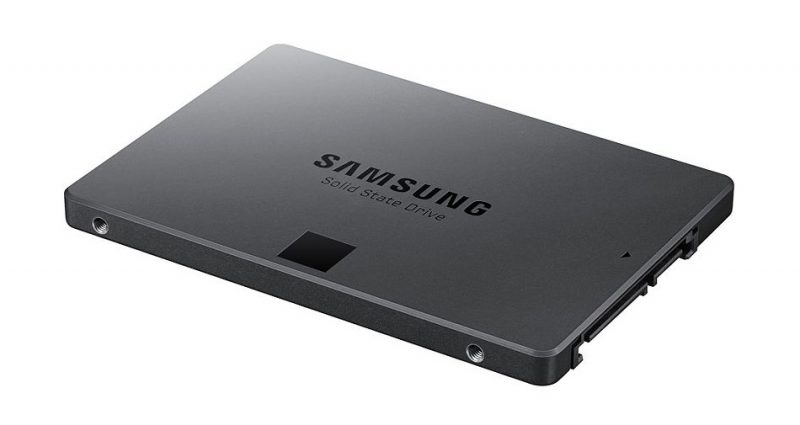 A solid-state drive is a storage device that uses flash memory to store data consistently. It is sometimes known as a solid-state device, or flash storage for Apple Mac computers.

Unlike RAM, data stored on an SSD stays on the drive even after the computer is shut down. Its non-volatile memory doesn’t refresh nor reset itself like data stored on the RAM does.

While the SSD was first developed by Sandisk, nowadays popular brands like Samsung, Intel, Toshiba, and WD also make powerful and fast SSDs. Computer brands like Dell and HP also make their own branded drives for their own laptop and desktop computer models.

How does an SSD differ from an HDD?

The main difference between an SSD and an HDD is that it does not contain any moving parts. Traditional hard drives store data on disks that spin like a record, and it reads and writes information on the disks just like a record player. Read and write heads on an actuator arm float ever so gently on the surface of the spinning disks.

These moving parts need to be powered to work and spin at set speeds. They are also quite delicate and prone to damage if used carelessly. SSDs in turn store information on flash memory cells instead of spinning disks. These cells are set in place on a circuit board and don’t use any moving parts to read or write information.

Benefits of upgrading to SSD from HDD

Because the SSD runs on flash memory, it does run much faster than HDDs that run on spinning disks. The spinning disks on consumer-grade HDDs can only run up to 7200 RPM. This doesn’t compare to how fast an SSD can run.

On average, it can run up to 16 times faster than traditional hard drives do. By using an SSD as a boot drive, you can boot up your computer much faster than before. Firing up apps or software will be smoother as well. This gets you a faster and smoother computing experience.

If your hard drive hasn’t started to fail yet, or you just don’t want to replace it just yet, you might be thinking of using them both. You can use an SSD as a storage drive together with an HDD, but this doesn’t make much of a difference. As you’re using the drive simply for storage, the OS and other apps still run from the HDD. You won’t really get a boost in performance just by using an SSD for file storage.

Another thing that a spinning drive can emit is noise and heat. The constant spinning contributes to an amount of heat that your cooling system needs to work to get rid of. When the drive starts to fail, you may also notice it making noise from worn out moving parts.

That’s the reason why a drive with no moving parts wins. When one part of the computer works smoothly, this benefits the whole system’s functioning. An SSD also draws less power than an HDD does.

Without delicate machinery, the drive is less likely to fall to physical damage. The moving parts of an HDD do fail eventually, from working too hard, or just from natural wear and tear. Blunt force could also cause the actuator arm to scratch the disk and permanently damage that part of the drive.

Hard drives all fall to bad sectors, and both HDDs and SSDs can get them. However, HDDs just are more vulnerable to bad sector damage. This includes both physical damage and software errors. Because SSDs are more shock resistant and powerful, they don’t accumulate bad sectors as easily as HDDs do. This means a longer lifespan and better resilience to damage. SSDs can last up to 5 to 7 years, while HDDs have a general lifespan of 2-3 years.

The machinery within an HDD also needs to be powered to run, and they can sometimes be quite power draining. The constant spinning can also exert heat. If this goes on, it could accelerate the drive’s failure. An SSD is a more balanced choice that offers great performance over long term use.

By upgrading an HDD to an SSD, you can shed some weight off your laptop. An SSD is basically a memory chip, it has a lot less parts compared to an HDD. They do not contain the disks, spindle and motor inside an HDD. Inside its metal casing, an SSD only contains memory chips on a circuit board inside. It weighs less than a traditional hard drive.

SSDs can also come in different forms: the regular 2.5-inch form (weighs 45-60g), or the M.2 stick form (weighs 6-10g). If you’re looking to make your laptop more lightweight and travel-friendly, using an SSD could be a great option.

HDD as a lower cost option 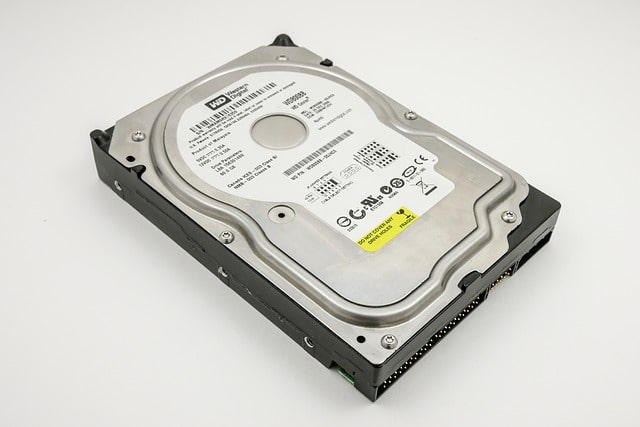 If SSDs are so great, why aren’t they all available on all computers? The reason is because HDD still remains the lower cost option for larger capacities. SSDs are more expensive per gigabyte, while HDDs stay relevant because of their lower cost.

Desktop computer users or users who are looking for more storage space may want to consider just replacing their HDD instead. Or if you want to save some money, a traditional hard drive might still be the choice for you.

As SSDs become more and more popular as a storage mainstay, we expect the prices of SSDs to go down over the years. Advancements over the years may lower the cost and get you larger capacities as well.

What to consider when replacing a hard drive

This refers to the physical size of the drive. Getting a hard drive that actually fits your laptop or desktop computer is an important thing to consider. This brings us to the different sizes of consumer-grade hard drives: 2.5-inch, 3.5-inch, and the M.2 SSD. SSDs only come in either 2.5-inch sizes or in stick form (M.2).

2.5-inch drives are mainly made for laptop use, fitting in the laptop chassis via a SATA connection. The larger 3.5-inch HDDs are then used in desktop computers only. You can use a 2.5-inch SSD or HDD in a desktop computer, but a smaller HDD would also mean a less powerful drive due to its compact size.

M.2 SSDs are also available for both laptop and desktop computers, but are more popular for laptop use due to its size and weight. They are favoured in lightweight setups, with a form factor no bigger than a stick of gum.

After it’s physical size, we should then think about the virtual size of the drive. Thinking about how much storage capacity you need can help you decide how big of a drive you need.

Most users who use their laptop or desktop computer for personal documents, photos, and internet browsing only need 250 to 500 GB of storage space. Getting too much space would just be a waste of money on a drive that will eventually fail down the line. For users who need more space for video files or photography projects, you might need at least 1TB of storage space.

Making sure that the drive fits into your laptop is important, but we also have to think about whether you can use the drive at all. Certain computer brands like Apple make their own drives or use specific drives that only work for MacOS devices. You’ll have to look out for a drive that is compatible with your operating system and computer model just to make sure.

Checking which hard drive you have 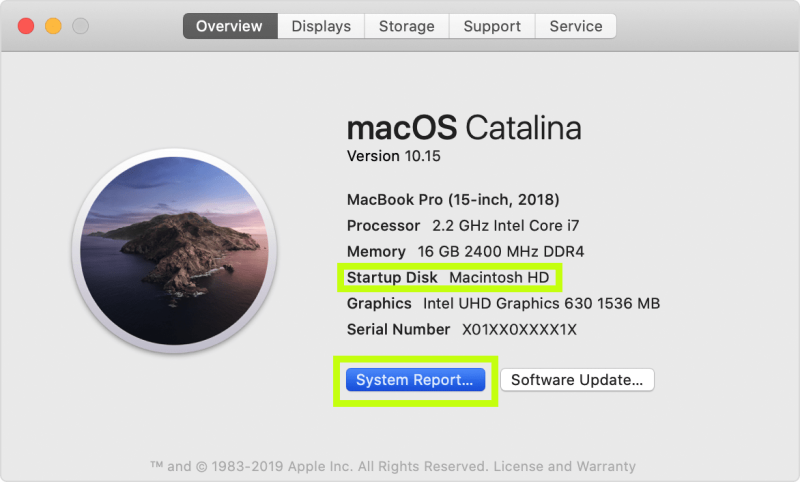 Sometimes it can be difficult to gauge what you want out of a drive. You don’t really know how much space you need, or the speeds of different drives are hard to picture. You may use your current hard drive as a reference point to figure out your usage and whether you’d like to get a better drive or just an exact replacement.

For Windows users, you can find details of your drive from “Device Manager”. Apple Mac users can find this from “About this Mac” and “System Report”. With this, you can do further research on the drive and look for a replacement.

Alternatively, you may choose the more practical method of opening up your laptop to check the information label on the drive itself. If you’re going to replace it yourself later, it could be a way to familiarise yourself with the layout anyway.

How to install a new replacement drive

A hard drive replacement is a very easy repair job to do, even DIY beginners can nail it on the first try. You’ll only need a few simple tools to do so. Resources on YouTube and popular repair guide site ifixit is a great starting point. Swapping out your hard drive is easy as when you follow repair tutorials closely.

After putting in a new drive, don’t forget to reinstall Windows or MacOS, depending on your computer. Apple downloads it for you automatically when you boot from your new drive. For Windows computers, the easiest way is using a USB bootable installer and installing Windows from there.

Sometimes it’s just easier to let someone else do the work for you. If you’re not eligible to get your computer serviced by a brand-authorised service provider (expired warranty, obsolete device, etc), we can help!

As a third-party repair service, Safemode Computer Service can be a great option for your computer repair and upgrade needs. Is your authorised service provider too far away? Or you’re too busy to replace your drive by yourself? Our experienced technicians in our Inner West store can definitely help! As a highly rated computer repair service in Sydney, we not only can help with repairs, but we can also tune up and upgrade your computer. We can get you the right hard drive replacement, and install it for you as well. Give us a call to make an appointment at our Enmore store today.